Interview with Mr. Ferrando of the Port Authority System of the Western Ligurian Sea

For our series of interviews we went to the historical Palace of St. George in Genoa, where we met Mr. Silvio Ferrando of the Port Authority System of the Western Ligurian Sea.

Mr. Ferrando, how do you see the evolution of the shipping market in the Mediterrean?
In general, we find a high concentration of traffic at the final destination port and more hardship for the intermediate and transhipment ports.

The Adriatic is losing direct services, while the western area of the Mediterranean is coming more and more to a standstill. The reason behind this is that with the same ship it is now possible to serve the markets of Northern Italy, Switzerland, France and Spain thanks to series of ports spread out in strategic positions, of which Genoa is also part.

Another trend that is emerging is the growth of the vessel. In just five years, the port of Genoa has gone from 20% to 80% of vessels above 10K TEU. It is clear that we are now talking about a structural phenomenon that must push us to look for traffic in new markets like Switzerland, Baden-Württemberg and Bavaria.

The key for Genoa is to carry out system marketing. As a Port Authority we do not promote a single terminal, but rather the area that goes from Genoa to Savona.

How has the perception of the Port of Genoa changed over the course of the years?
Genoa is recognised as a port that respects the cargo. That might seem banal but I assure you that this is not the case. It is particularly appreciated in the situations where it is the goods and not the shipping company that make the market, that is to say those markets where there is a strong presence of intermediaries.

Today Genoa is a quick port and is compatible with requests that require speed and precision. These are values that have also been confirmed with the recent agreement with the Port of Guangzhou, who has chosen us as their trusted partner in the Mediterranean area. We are talking about the movement of approximately sixteen million TEUs. Genoa has become a destination in what has been defined as the New Maritime Silk Road, an import-export shipping line to and from Europe serving extraordinary capacity.

What are the advantages of the Port of Genoa?
It is important to note that the Port of Genoa is already equipped to receive all services. We are not talking about investments in Genoa in five or ten years. We are on the market now. Genoa is currently capable of moving ships from 16K to 18K TEU. The fact that in 2017 there will be for four more cranes operative at VTE will allow us to sell a high level of performance for that category of ship. We will have operational profiles similar to those of Northern Europe.

We are very desirable to the Far East thanks to our capacity for offering import services to the markets of Central Europe. In addition, with respect to Hamburg, we have a navigation advantage of about twelve days on important routes like Guangzhou.

Can you tell us about he role of the Authority.
Promotion and marketing are compulsory components for a port authority. In a world of high competition and widespread shipping presences this task is maintained by a public body to safeguard the general interests of the port. My office interfaces with the local and international markets. We promote Genoa as a global system.

What are your objectives for 2017?
We are going to continue to work on the Far East and the Middle East, and also on the non-containerized cargo. With regard to America the downward trend will continue for South America. There is interest towards the Caribbean and we are starting to look towards Canada for export, a good market that appreciates Italian goods.

With regards to export, we have to be skilful to fill the biggest ships using our terminal. It is fundamental that we work together with the Textile Industry of Northern Italy to intercept the demand from small and medium-sized businesses.

The radiometric controls at Voltri-Pra
14 April, 2017 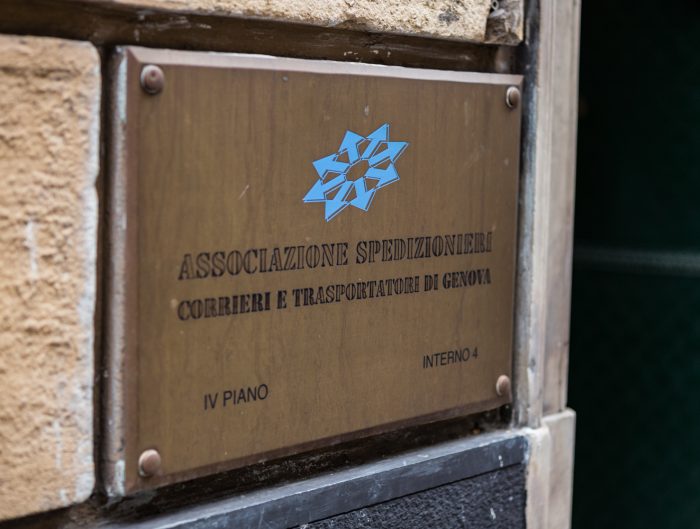