The MSC Teresa is approaching the Port of Voltri. A steel giant that sails through the oceans from the Orient to the West with thousands and thousands of containers aboard. Waiting for its arrival are the men of the Ancient Mooring Operators Association of Genoa. The ‘ancient’ adjective is not just added on a whim but to remind them of their rich history dating back to 1473. Before the discovery of America the city of Genoa already had a designated group of mooring operators for the wooden ships that were around at that time. Genoa was one of the main maritime hubs of the known world at the time, which covered the Mediterranean.

The operators are gathered on the quay carrying out the final arrangements. They are divided into two teams, one starboard and one stern, each one consists of one boat and two men on the quay. It seems like an encounter of David and Goliath proportions. On one side you have the MSC Teresa (almost the length of four football pitches and as tall as a thirteen-storey building), on the other side you have the mooring crew onboard their little boats. They are like little dots in the middle of the sea. However, observing them is quite a reassuring site. It reminds us that even in this era of intelligent machines, the work of human beings remains of the upmost importance.

The mooring of a ship of these dimensions is quite a delicate affair. Onboard the container ship the Maritime Pilot from the mooring crew advises the Ship’s Captain on the best course of action. All of the operations are carried out in coordination with the powerful tugboats that ensure that the ship reaches the quay in a perfectly parallel manner. Then the rest of the mooring crew are ready to leap into action.

On board their little boats they carry out slick manoeuvres in the tight space between the ship and the quay. They approach the ship from the starboard side or the stern. They communicate by numerous gestures to the onboard crew watching on from above. A cable comes down. They watch it, catch it and bring it to their colleagues on the quay, who have the task of securing the line to the bollard. The operation is carried out until the ship is moored in complete safety. In good weather or bad, the mooring crew fulfil their duty. Their job is indispensable and they carry it out 365 days a year, there are no days off. 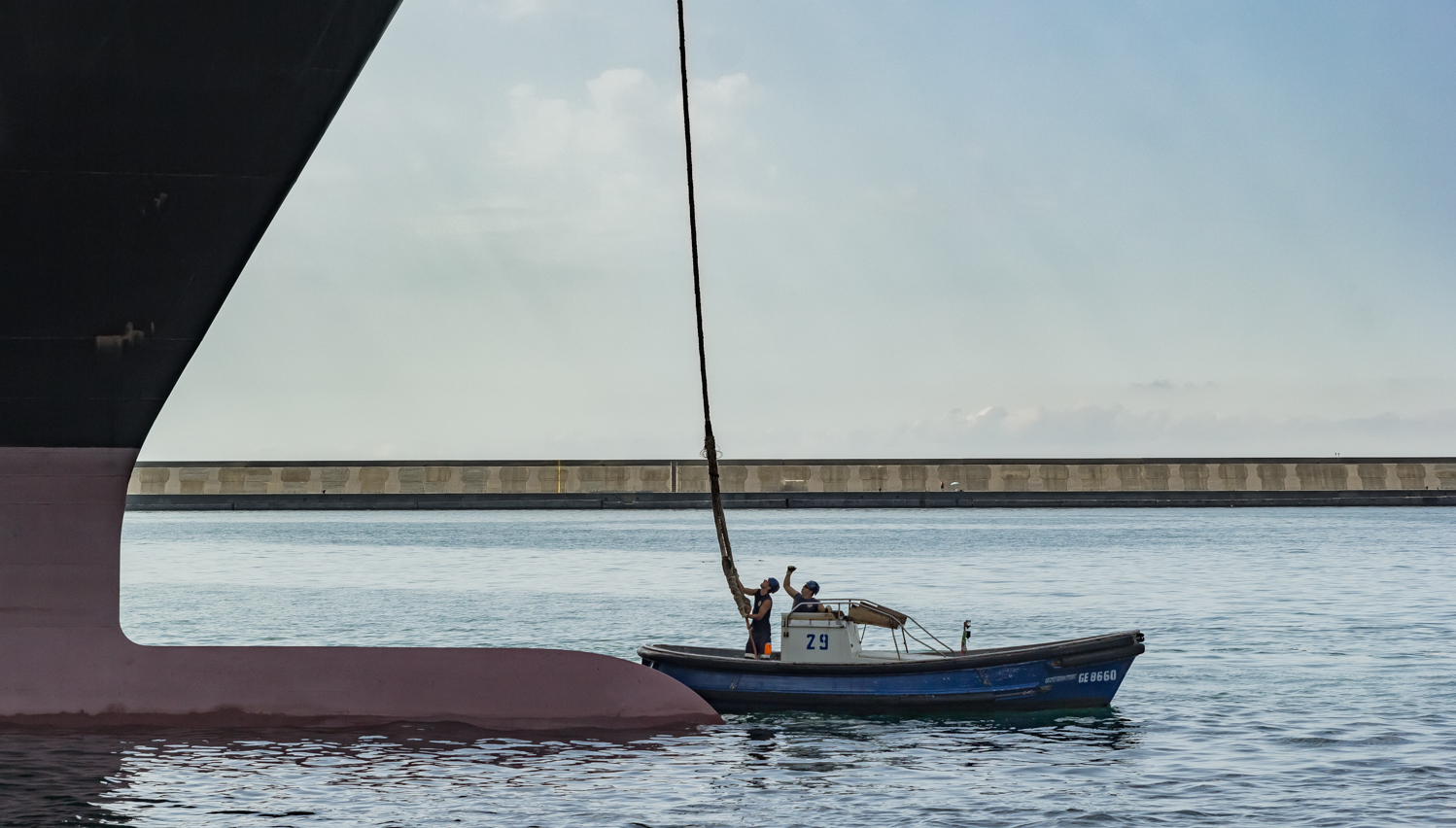 The mooring operators are made up of a cooperative of 64 men, brought together in a group and led today by the Head of the Group, Alessandro Serra. All the men are members of the “Mooring Operators Register” held and regulated by the Port Captaincy, ensuring the total safety of all navigation within the port, considering the importance of the work they carry out. All of these 64 men have an active role in the management and the important decisions taken by the cooperative.

Alessandro Serra, Head of the Group

They have a proud centuries-old history but this does not hold back their belief in the importance of innovation. In reality they know that one’s history has to be continuously updated in order to remain vital. Their history is constantly moving forward with new technologies like the “Shore Tension Mooring System” (which we spoke about in a previous article), as well as the willingness to constantly keep up with a sector producing bigger ships and demanding tighter schedules. 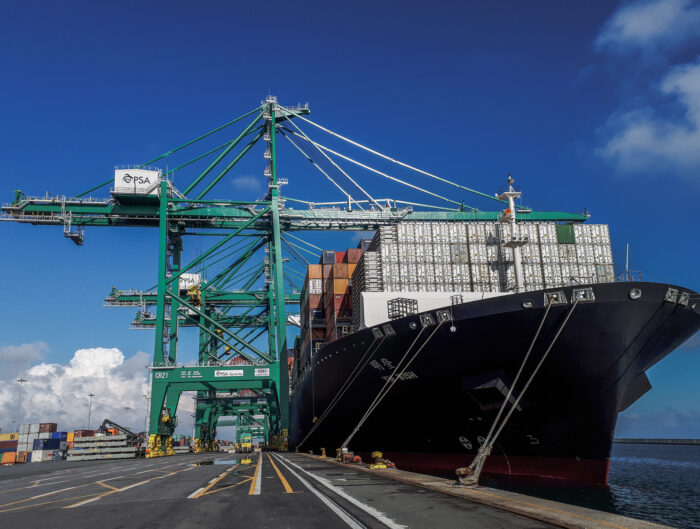