The Breakwater Lights Up for the 14K TEU Ships

The illumination of the breakwater project has been completed. This will allow for nocturnal access to our terminal without restriction for the 14K TEU ships.

The operation was carried out under the strict supervision of the Captain of the Port and the Port Authorities of Genoa. Keeping in line with the indications received from both of them, ten illumination points were installed on the breakwater. Two solar panels and a battery power each illumination point. Continuous illumination is a fundamental requirement for nocturnal manoeuvres by the 14K TEU within the evolving port area.

And it was in fact the Port of Genoa Pilot’s Association that gave precise indications on the number of illumination points to install, as well as the position, angle and the strength of the illumination. It was a project that required a trial period, which lasted two months during which time a number of simulations were carried out.

The benefits for our clients are obvious: continuous operation even for the biggest ships with a subsequent reduction of the time spent in port and respect for the schedule of the service routes. 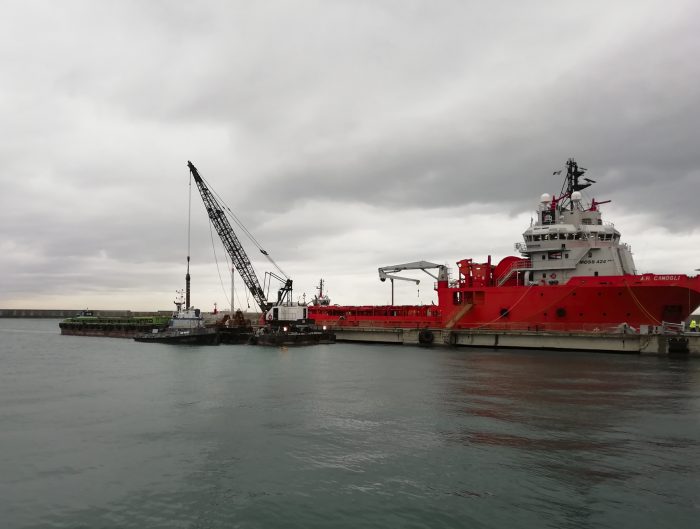