The EU Coordinator for the TEN-T Rhine-Alpine Corridor, Mr. Pawel Wojciechowski, visited the port of Genoa, on Monday 19th September 2016.

Mr. Pawel Wojciechowski, who took up his position in May 2015, thought it necessary to see the many different realities present along the Corridor in person, and among those was of course the Port of Genoa.

The day’s work began at the Palace of St. George in Genoa, and continued with a boat trip across the port which concluded at the PSA Voltri-Pra Terminal. The Coordinator and his staff dedicated particular attention to the Terminal given its strategic importance for the North Tyrrhenian Sea.

The Executive Director of PSA Voltri-Pra, Giuseppe Danesi, illustrated the operativeness of the Terminal as well as the ambitious expansion project, which was an extremely important priority for the PSA International Group. He received very positive feedback on the efficiency and the organisation of the Terminal.

The visit concluded with the presentation to the entire delegation of the new Quay Crane Training Simulator. PSA Voltri-Pra recently purchased the Simulator to prepare the crane operators for the new “gooseneck” quay cranes. 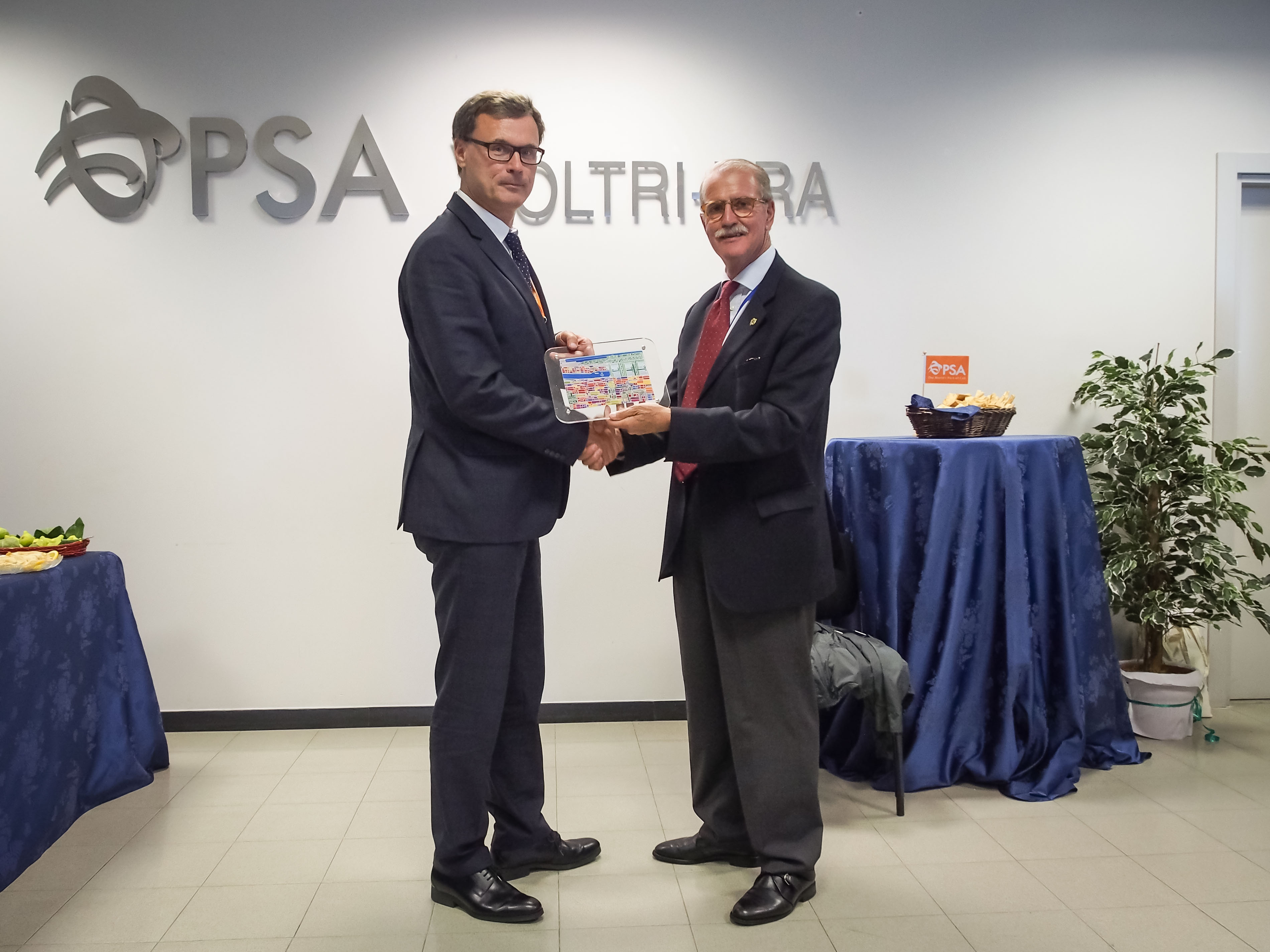